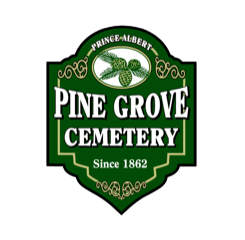 The first white settlers in Reach Township were Reuben Crandell (q.v.), his wife Catherine and their children. They settled just west of here in 1821 and lived alone, isolated from civilization for almost 3 years. In 1824 they were joined by the Hurd (q.v.) and Dayton families and by 1829 there were enough settlers to justify the creation of a school. The settlement was initially recorded on maps as Dayton’s Corners or simply, Reach. When Queen Victoria married Prince Albert in 1840, the community celebrated its loyalty by renaming the community in his honour.

By 1845 the community had grown to over 200 souls. The Township’s first Post Office was opened here in 1851. The community became a thriving com- mercial center with five hotels, a tannery, a school, many stores, three church- es and seven grain merchants. Its importance was due to the enterprise of those grain merchants who bought, stored and sold grain. By the late 1850s Prince Albert had become, by trade volume, the second largest grain handling center in Canada! The first newspaper in the area began publication in Prince Albert in 1857 and in its first editorial promised to keep its readers informed of the prices of grain and agricultural produce in Toronto and other markets.

Meanwhile, immediately to the north, a community called Borelia had sprung up, initiated, again, by Reuben Crandell who built a newer house on the north side of what is now Queen Street in Port Perry and moved his family there in 1832, selling his 5th concession property to the Grahams (q.v.).

A few months earlier (April 1831) Elias Williams (q.v.) had bought a 400 acre waterfront parcel at the southwest end of Lake Scugog. He built a home, probably a primitive log cabin, but all traces of this structure and its location disappeared long ago. In 1840, an enterprising politician and businessman named Peter Perry arrived on the scene and bought 40 acres from Williams. This acreage is the core of today’s waterfront and downtown area of Port Perry. Perry opened a trading post at the waterfront, thus beginning a community which he named Scugog Village. He drew up a town plan and persuaded a number of businessmen to join in his venture by building saw mills on the lake front. He even encouraged two Whitby businessmen to finance the building of a steamboat on the waterfront, the first steam vessel in the Kawarthas. It was named The Woodman. When Perry died in 1851 Scugog Village was renamed Port Perry in his honour.

Today’s Municipality of Scugog is made up of the old Townships of Cartwright, Reach and Scugog. The first known cemetery in today’s Muncipality of Scugog was a plot of land immediately north of the four corners in Prince Albert. This was the traditional burying place of the Mississaugas. A recent geophysical survey has revealed that over 29 burials have taken place on this site.

When Aaron Hurd’s wife Anna died in 1831, the family buried her on their own property in Lot 17 in the 5th Concession, now section A of the Pine Grove Cemetery. He then made the property available for burials for others in the community. By 1860 over fifty burials had taken place on his property.

In 1862, the community realized the need for an official cemetery. A committee was formed with Thomas Forman as chairman. The executive members selected were; President Thomas Forman, Secretary R.H. Tomlinson and Treasurer Mark Currie. They created a company with members required to purchase shares at $5.00 each. Twenty-five people bought shares but 17 of those bought five shares each. The $535 raised enabled them to buy, from Hurd, an eight-acre parcel containing all of the burial sites and spend $300 to have the cemetery fenced.

Pine Grove Cemetery is a resting place for citizens mainly from the old Reach Township but it is not the only cemetery. Many Presbyterians chose to be buried in the Breadalbane Church Cemetery just west of Utica.  Similarly, a small cemetery on the north side of Highway 7A just west of Simcoe Street is a Roman Catholic Cemetery although there are many of that faith here in Pine Grove. There are also many local cemeteries associated with the communities of Blackstock, Caesarea, Epsom, Greenbank, Nestleton, Seagrave and Utica, and several on Scugog Island. In addition, there are small plots scattered around the township, but Pine Grove is by far the largest and it was the first cemetery for European settlers.

Initially homes and shops stood along the west side of Pine Grove Cemetery, which is the east side of Jeffrey Street. It should be noted that today’s Jeffrey Street was originally called Queen Street. This was changed when the residents of Queen Street in Prince Albert had their addresses confused with those on Queen Street in Port Perry. The original Hurd cemetery was expanded in 1890 and again in 1915 to include all of these Jeffrey Street properties. In 1890 the board purchased 4 acres from John Jury. In 1915 the board purchased the Luke property for $800.00. The Vault was built in 1911. At the north-east end of the property is the “Paupers’” section reserved for those who could not afford to buy a plot.

At that inaugural Board meeting in 1862, Francis Smith was selected as the caretaker and gravedigger and the cost of a burial plot was set at $5.00.

From the spring of 1875 to the fall of 1876, almost a hundred burials took place here in Pine Grove, twice the normal number for any comparable period. Infants today are inoculated for childhood diseases that were frequently fatal in earlier times. Diseases such as Typhoid fever and respiratory ailments such as T.B. and Influenza were deadly prior to the mid twentieth century. Particularly virulent outbreaks of Typhoid fever occurred in the mid 1860s and mid 1870s and a strong influenza virus appeared in 1881. Unfortunately, the most vulnerable to these diseases were the infants and the elderly. This sad phenomenon accounts for many gravestones and is symbolized by the Forman epitaph for the mid 1860s, the Moon monument for the 1876 epidemic and the Robinson grave for the 1881 outbreak. Fortunately the influenza epidemic of 1918 had little impact on this community.

Today’s thirteen-acre cemetery has gone through many changes but it still remains in a beautiful and evocative setting in all seasons of the year. It is a tribute to those who have gone before us and thus provides a fitting setting for us to pay our respects to them. Since Anna Hurd was laid to rest here among the pines in 1831 it has been a place of poignancy and remembrance, and it has been a place that speaks clearly to us of our past. Our nation can only be fully understood in the context of our past. Here in Pine Grove we have the opportunity to begin that journey of understanding.